The reason we went to the extensive effort and spent money unlike any other kennel in Australia to get the lines imported that are exclusive to us in Australia is to ensure a stable temperament for all types of families and to produce the short stature, thick muscle tone consistently. Our American Bullies are wider and thicker than a lot of the other American Bullies that are here, in our opinion and from our interpretation of the breed standard, this breed was meant to be the kind of dog that shocks and awes people, especially here in Australia the Bully should be turning heads and getting people asking what the dog is, they should almost look not real with over exaggerated features, so that is what we aim to produce consistently.  No expense was saved, we went straight to the best breeders in America who have consistently produced dogs that dominate the show ring and imported their elite stock here to Australia.

We will be using our stud dog King Khafre pictured above frequently and he is what we call the Most extreme Pocket American Bully in Australia, in other words, he has more muscle on his pocket frame than any other in Australia, still he is very functional and loves playing ball, perfect soft natured dog that loves kids and all dogs, he is a big sook just how we like our American Bullies and will be a great breeding tool for our kennel. He was purchased in one of, if not the most expensive deals Australia has seen in bringing over a pocket American Bully of this calibre, His father is Muscle tones Grand Champion Casablanca who reportedly sold for more than half a million US dollars.

We did not cross to American Staffordshire as many other breeders in Australia did (they call this a foundation bully but is being advertised as an American Bully), our dogs are all from 100% imported blood lines and ABKC registered. We carry out DNA testing to assist us with breeding a healthy dog. Developing strong friendships with the top breeders in America we have purchased from has provided us with more information about how to better avoid any health issues that can arise and how to choose the best matings possible.

our facility and program

We hold socialising our puppies as one of the most important things we can do apart from using top quality blood lines with stable temperaments and we put in the time to ensure puppies that leave our kennel are socialised and will be great for the family home.

We keep our pack small enough that we have the time for every puppy and keep our customers up to date with photos/videos of their puppies while they wait for them to be ready at 8 weeks of age. Puppies come microchipped and with all vaccinations/worming etc required at the time. Every puppy is individually health checked multiple times by a vet prior to leaving for their home. We provide information and ongoing support to anyone knew to owning dogs and the breed.

Our facility is on a large property that has plenty of room for dogs to run around, the dogs themselves have 2 acres of land.

We pride ourselves on the way our dogs are kept and giving them the best life possible , we are not a really large kennel that has their dogs in cages all day, we have found the manageable size that suits us to give all the dogs the love they deserve. Our adults get daily walks and we play ball and tug with them. The facility is kept in a safe hygienic way for optimal dog health.

We are always sharing our story on through social media so please check us out there too! We are dog lovers and this will show through in the way we care for our dogs and puppies that are going to future homes. We hope to team up with the community of breeders here in Australia and help build the popularity of this amazing breed.

How it all began

I met my first Pocket American Bully back in 2015 travelling the states and was instantly in love.

It was a little monster that I was intimidated to go and pat at first until I saw the owner’s child lean down in his face and start patting him and kissing him on the head.

I worked out quickly these dogs were all show and actually very calm and loving, I spent half an hour at lunch with this family asking a million questions about the breed and the little monster left quite an impression on me.

I came home and started researching and Searched all over Australia to find something the same as this look I had seen in America , which led me to discussing it with many people and finding many people wished for the same look I wanted to own but it just wasn’t here in Australia yet.

The last couple of years have shown some massive improvement with the quality of stock in Australia but still I see much more room for improvement and only a few top tier breeders using some of the best blood lines and consistently achieving quality stock.

It is not cheap to import from the best breeders and we understand this is a limitation that many have at the present time.

We have spent life savings to secure the best out there and help move the breed in Australia forward and hopefully have it become as famous as we see it should be.

We do wish to help breeders down the track improve their quality and to also team up with the top guys to move our program forward.

Since importing our American Bullies we have only grown our love of the breed and have gone all in to secure some of the best blood lines to add to the base of our breeding program and help us move towards our vision, 9 American Bullies have been imported so far as of 2019, I hope that shows our obsession to be the best and do what it takes, the import process is no joke, incredibly tedious, but we will continue to do so if any traits are needed to raise the level of our American Bullies here in Australia.

This is our passion and we are dedicated to putting in the work required to socialise our puppies to ensure they are the ultimate family companion.

We have many exciting things in the works and are looking forward to showing off our stock and amazing facility the bullies are kept in and kept happy and healthy. 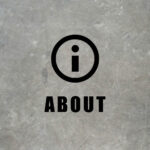 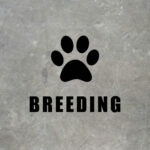 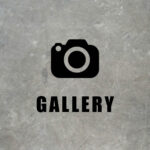 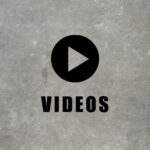 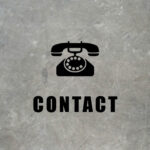 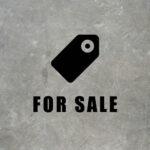 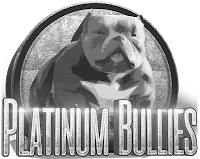